“When I choose my piano pieces, I love to set contrasts! 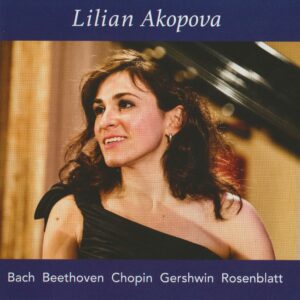 I don’t stick to a chronic timeline. What matters to me is
the relationship between the pieces.”
Lilian Akopova

Lilian Akopova has been performing at international concerts since she was 7 years old. From 1996 to 2010 she takes part in 14 international piano competitions. Her performance earns her prizes in all of them, including 6 first ones. One of the most prestigious one she wins is the Busoni, International Piano Competition in Bozen, Italy.

She emphasizes time and again that her parents –  her father an engineer and her mother a piano teacher –  as well as her piano teachers in her hometown of Kyiv laid the foundation for her international career as a pianist. She receives piano lessons there in her earliest childhood and is accepted as a truly exceptional talent by Lyssenko, the elite music school for the most gifted. With honors, she completes her studies with Professor Valery Kozlov. During this time, Elisso Virsaladze, one of “the most important pianists of our time” discovers her. She teaches at the University of Music and Theatre Munich, Germany. Spontaneously, she invites Lilian Akopova to Munich. Without further ado, the 18-year-old takes a bus to a new world that is completely unknown to her. This decision is spot on. She begins her studies in Munich and finishes them with honors as well. 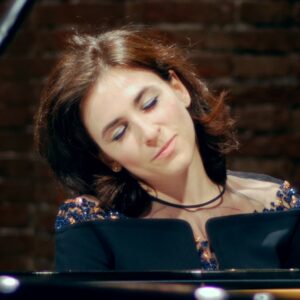 She attends enormously formative master classes with Elisso Virsaladze, with Andràs Schiff, “the most versatile pianist of our time”, and with the legendary Paul Badura-Skoda, “one of the most universal musicians” of the 20th and 21st centuries. She also receives grants from numerous international foundations, including Yehudi Menuhin Live Musik Now.

The indefatigable artist, who grew up in Kyiv and now lives in Munich, makes her debut in 1996 being 13 years old, in one of the most famous concert halls in the world, the “Great Hall” of Moscow’s Pyotr Tchaikovsky Conservatory. Since then she has been given concerts in many countries and has been performing in famous concert halls such as the Konzerthaus Berlin, the Musikverein Wien, in the Atheneum of Bucharest,  the Berlin Philharmonie, the Herkules Hall of the Munich Residence,  the Gasteig, Europe’s largest cultural center in Munich, the Kyiv Philharmonic, the Salle Cortot in Paris, the Palau de la Música in Valencia, the Teatro Bibiena in Mantua. As a soloist she also appears at renowned international music festivals. 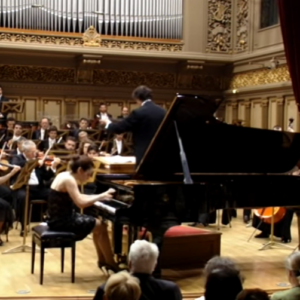 In 2014 Lilian Akopova was awarded the ECHO Classic prize.

Her active repertoire, which she is constantly expanding, now contains over 100 solo, chamber and orchestral works from the most important musical epochs. 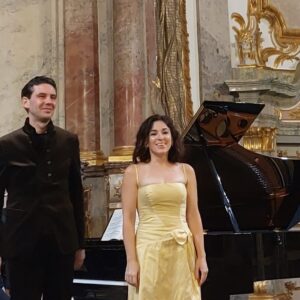 Together with the international piano star Martin Stadtfeld, one of the leading Bach interpreters, she founds the piano duo Martin Stadtfeld & Lilian Akopova. Their public debut in October 2022 in Augsburg, Germany, is “frantically celebrated by the audience” (Augsburger Allgemeine) and earns them multiple standing ovations.

Quite a number of her concerts have been broadcasted by European radio and TV stations, including NDR Kultur, ARTE, Bayerischer Rundfunk (BR), Deutschlandfunk Kultur, Radiotelevisione Italiana (RAI). Already around 10 CDs document her fascinating virtuosity, her breathtaking technique and her diverse musical styles. Her two latest ones 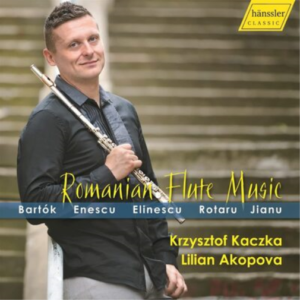 have been released in spring 2022.

Lilian Akopova is devoted to sharing her love of  music not only with her audiences. One of her great passions is teaching young people. She can already look back on more than 10 years of university teaching experience. In June 2019 she is appointed lecturer of piano (major studies) at the Kalaidos Music Academy in Zurich, Switzerland. She always has one goal in mind: to pass on her skills and enthusiasm for piano music to the next generation. She also gives master classes throughout Europe.

And one of her major concerns, which emerges from her life story, is to support sick children. That is why she founds the “Lilian Akopova Foundation for Children” in 2016.